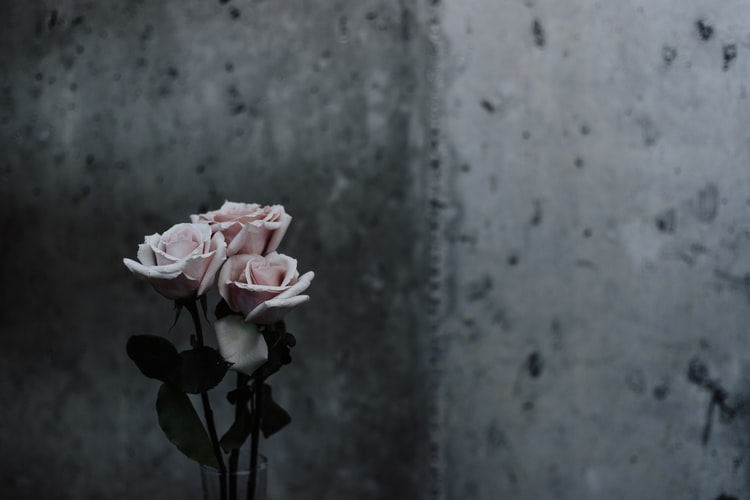 Moh(Attachment), I only knew this word through books and scriptures, but only after seeing a live picture of this did I came to know how helpless this word was actually. Here I am telling you all a story of a boy and a girl.

His name was Moh. Just like the meaning of his name, he use to wear his heart on his sleeves, unaltered, vulnerable and exposing each and every emotions like an open book. He had got the knack of developing bonds with people in their first meeting. He brought the best out of people, making them feel secure and happy in his pleasant presence and warmth. People could never forget him after meeting him and neither did he. Letting Go was not the word in his dictionary.

Now, coming to the girl. She was a mystery, hard to decipher just like her name Maya(Illusion). She only lived in this world but belonged to somewhere else. The world only knew her through her outer self. She was a beauty one would be tempted to have. But having her was having a whole universe within a human body where different mysteries hid unexplored, untouched. She was a woman everybody wanted to love, but she doesn’t know how to receive it. She was a strange woman, living at the border of sanity and insanity. She was an enigma with a glimpse of star dust in her eyes. That perplexed the world, bringing it down on its knees. Such was the power of her magic.

Moh Maya, as inseparable these words were, so much inevitable was there meeting. They were destined to meet one day and so they did. Ironically, it was a meeting only, a formal encounter. He fell in love with her, at the very first time as she was like a dream standing in front of him and on the other hand she was hesitant and careful as she always was.

She laid certain conditions on him, before accepting his proposal. She told him never to ask her about her past, who she was and who she is. She expected the same from him as well. These conditions looked very small to him as compared to her beauty that had already captivated him. He was ready to go to any extent to be with her. He knew how to win people so he was not paying any heed to her conditions, his eyes were fixed on her only. He believed even after these conditions what mattered to him was she was his finally.

They started spending time together. Covering for each others loneliness. He gave her all his love. She became comfortable under his warmth and affection which she never acknowledged in front of him. She wanted to keep all her emotions and confessions within herself only. And he became attached to her subtle way of showing emotions, which he never understood but her presence was enough for him.

On certain days she was bubbly and on others completely numb. On certain nights she slept peacefully while on some she roamed helplessly here and there searching for cigarettes, smoking a dozen of them as if doing so will burn away all the secrets that she held so deeply in her heart, choking her from within. He wanted to ask her what’s wrong, but there was that condition that prevented him, still his eyes always showed his affection for her, that he is ready to listen to her agony, her story. That he is there for her. She avoided his eyes, that made her vulnerable. This continued for many days and nights till one night sitting at the edge of the bed, she started crying. He woke up from his sleep and hugged her tightly. This was the threshold. She couldn’t control any more and started crying her heart out, as if her cries were venting out all the emotions lying beneath her, that she was holding so strongly. She couldn’t stop for a minute that night. Her universe was unravelling in front of her and she didn’t stop it either. She was aware of the fact that this was not suppose to happen still she hugged him tightly and cried her heart out. That night he was satisfied from within that finally she is being her true self in front of him. His love grew more and more for her that night. They were inseparable like Moh Maya.

The day came. He opened his eyes and she was not there. He searched everywhere but she was nowhere. The only remains of her were those ashes left out of the cigarettes she smoked before leaving and her memories. He was devastated by this loss, the dead reality that he had just faced. He was in love with an illusion. Now, he couldn’t forget her. Moh got in moh( attachment) with the Maya(illusion). She became an unforgettable Maya(illusion) for him. He would never be able to get over this illusion that was never his. He was nothing but a helpless soul. This is what attaching himself to an illusion did to him. He was never same again.

P.S. I tried writing something fictional coupled with some message. I hope people got a touch of what I am trying to convey to them. I am open for your valuable views. Thank you for reading and bearing it! 😁

12 thoughts on “The Intangible”